In this episode, I’m sharing a very research heavy article, but it is worth the read.  School Readiness and Later Achievement by Duncan, et al provides such an interesting observation through their meta-analysis of data sets that looked at school readiness (school-entry academic, attention, and socioemotional skills) and later academic success in reading and math.  I’m linking up the article over at buildmathminds.com/77

What’s so interesting about the findings from this article is that the strongest predictors of later academic success are school-entry math, reading, and attention skills. And early math skills have the greatest predictive power, followed by reading and then the attention skills.

At the end of the article, on page 1444, they describe their key findings, one of which I will share here:

“First, math and reading skills at the point of school entry are consistently associated with higher levels of academic performance in later grades. Particularly impressive is the predictive power of early math skills, which supports the wisdom of experimental evaluations of promising early math interventions.”

They even say in the article that “One of our noteworthy results is that early math is a more powerful predictor of later reading achievement than early reading is of later math achievement.” (p. 1443)

So, this article makes the case that early intervention for math is important and also that by helping increase early math it also helps improve their reading later.  This article was published in 2007, yet still the focus early on in the majority of schools is on reading skills, not math.

I told them to focus on math. You may not agree with me, so let me know in the comments, but here’s why I say that.

Kids who start off struggling with math, every year they struggle it just builds and builds and builds.  That’s why it’s so important that we advocate for early intervention in math, for preschools to be doing math-y things, and even when parents go to see the doctor when they are first pregnant…how about we give them pamphlets on math-y things to do with their babies and toddlers instead of just things to do with them to help them start reading with their children.

Please don’t get me wrong…reading is important and I know I’m biased to math, but there is research to back that up.  Again I’ll link to the article by Duncan, et al at buildmathminds.com/77 so you can go check it out yourself.  And if you’d like ideas on how to help build some of those math-y things with kiddos, go check out my video series I have out.  The videos are all about how to build kids’ thinking in elementary math and thus their fluency.  The videos are only available for a few more days.  I’ll link to those along with the article over at buildmathminds.com/77. 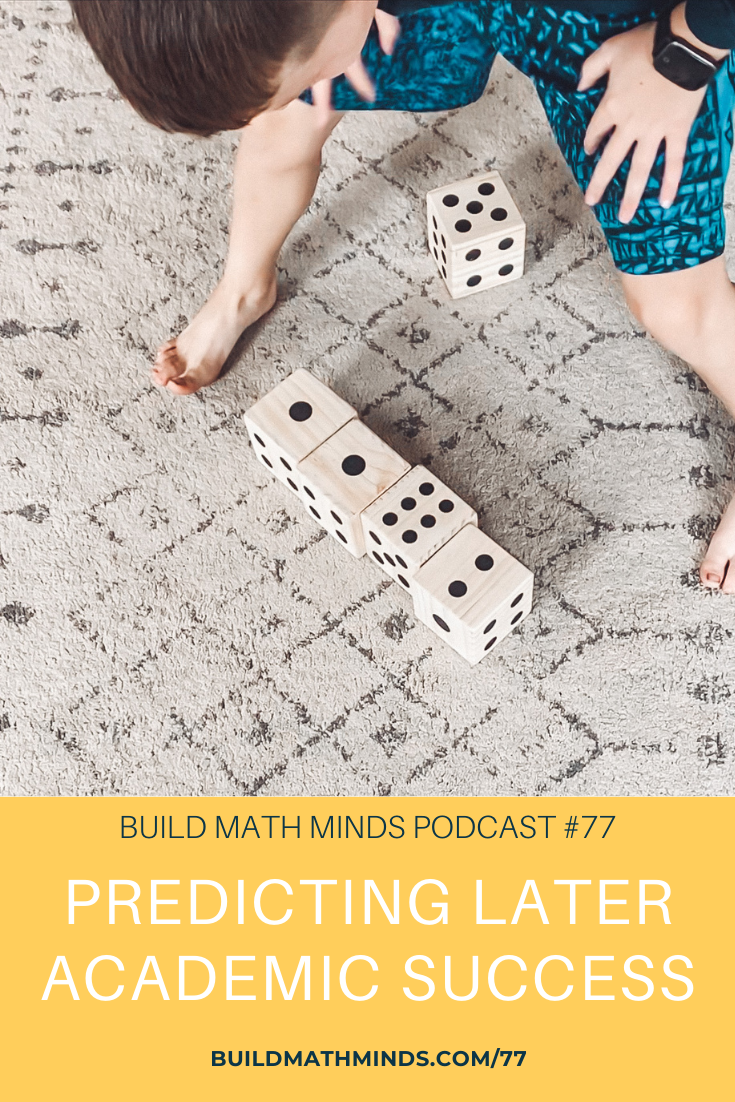