Welcome fellow Recovering Traditionalists to Episode 117.  Today I want to tell you Why I Was Gone.

You may or may not have noticed, but I haven’t done a podcast in over a month.  So instead of jumping right back into a normal podcast, this week I wanted to share why I was gone and then next week I’ll get back to the math.

It honestly isn’t anything too exciting or profound…. just that I had no computer, but I do have something I’ve learned from it that I want to share with you.

My desktop Mac that I do all my podcasts and videos on died.  I came into my office and it had a black screen with a white circle with a slash through it.  After trying all the fixes I found via Google and nothing working, I took it to our only computer repair place in town. Long story short, my hard drive was toast.  Nothing could be found on it and of course I had not backed up that computer.  All my files, gone.  All my pictures I had uploaded off my phone, gone.  All my videos, podcasts, etc, gone.

They were able to order in a new hard drive so I didn’t have to buy an entirely new Mac but it was just like starting over.  One thing to note for anyone who doesn’t have a desktop Mac, it’s all inclusive.  It’s a big giant screen with all the hardware behind the screen.  Here’s a picture to show you what it looks like behind the screen: 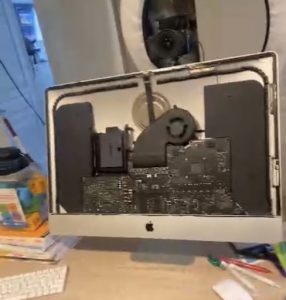 So they had to take the screen off to get inside it to replace the hard drive.  It took forever because they were waiting on the special glue that Apple uses to glue the screen back on to arrive.

Over 2 weeks of them working and repairing my computer I finally got it back.  That weekend my son wanted to play ABCYA and I told him he could use my desktop computer.  He goes upstairs and yells “Mom I can’t use it, it doesn’t have a screen.”

I go upstairs and the screen had fallen off and was sitting on the floor!!

Thankfully the screen didn’t break, but once again I had no computer.  I took it back to the repair place on Monday, they contacted Apple to find out what else they can use to get the screen to stay on, and after another week and a half later I finally got my computer back this week.

Now I can get back to making podcasts every week.  Thankfully I had some files that I use for this podcast uploaded to my Google Drive from this computer, but there was so much I didn’t have backed up.

And that is the biggest thing I learned, that I want to pass on to you….make sure to back up your computer.

I’ll see you next week for episode 118 and we will get into building our math minds. 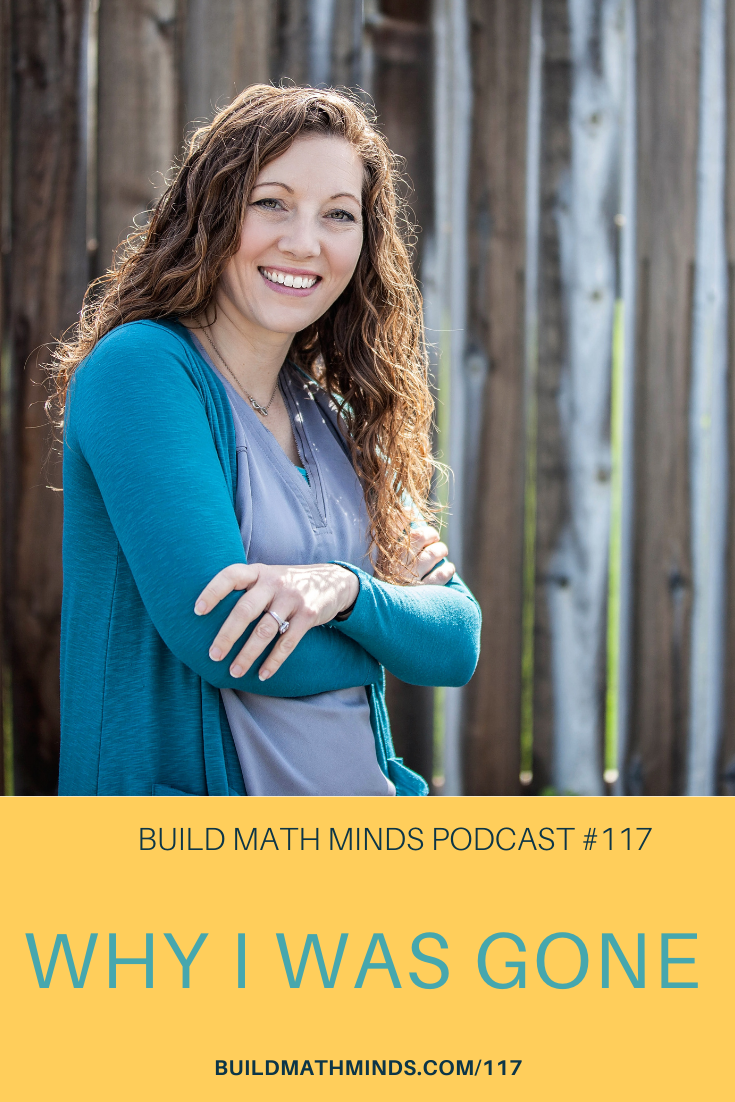